The birthright was of great value, giving a superiority over the rest by the double honor of priesthood and kingship. For the first-born brother was priest and lord of all the rest. Under this figure was foreshown Christ, the true and only first-born of God the Father and of the Virgin Mary, and a true king and priest, not in a fleshly and earthly sense. So too His priesthood does not consist in the outward display of vestments and gestures, as did the human priesthood of Aaron and our ecclesiastical priesthood at this day, but in spiritual things, wherein, in His invisible office, He intercedes for us with God in heaven, and there offers Himself, and performs all the duties of a priest; as Paul describes Him to the Hebrews under the figure of Melchizedek.

Nor does he only pray and intercede for us; He also teaches us inwardly in the spirit with the living teachings of His Spirit. Now these are the two special offices of a priest, as is figured to us in the case of fleshly priests, by visible prayers and sermons. These two things stand thus.

First, as regards kingship, every Christian is by faith so exalted above all things that, in spiritual power, he is completely lord of all things, so that nothing whatever can do him any hurt; yea, all things are subject to him, and are compelled to be subservient to his salvation. Thus Paul says, "All things work together for good to them who are the called" Rom. Not that in the sense of corporeal power any one among the Christians has been appointed to possess and rule all things, according to the mad and senseless idea of certain ecclesiastics.

That is the office of kings, princes, and men upon earth. In the experience of life we see that we are subjected to all things, and suffer many things, even death. Yea, the more of a Christian any man is, to so many the more evils, sufferings, and deaths is he subject, as we see in the first place in Christ the first-born, and in all His holy brethren.

This is a spiritual power, which rules in the midst of enemies, and is powerful in the midst of distresses. And this is nothing else than that strength is made perfect in my weakness, and that I can turn all things to the profit of my salvation; so that even the cross and death are compelled to serve me and to work together for my salvation. This a lofty and eminent dignity, a true and almighty dominion, a spiritual empire, in which there is nothing so good, nothing so bad, as not to work together for my good, if only I believe.

This is the inestimable power and liberty of Christians. Nor are we only kings and the freest of all men, but also priests forever, a dignity far higher than kingship, because by that priesthood we are worthy to appear before God, to pray for others, and to teach one another mutually the things which are of God. For these are the duties of priests, and they cannot possibly be permitted to any unbeliever. Christ has obtained for us this favor, if we believe in Him: that just as we are His brethren and co-heirs and fellow-kings with Him, so we should be also fellow-priests with Him, and venture with confidence, through the spirit of faith, to come into the presence of God, and cry, "Abba, Father!

But to an unbelieving person nothing renders serve or works for good. He himself is in servitude to all things, and all things turn out for evil to him, because he uses all things in an impious way for his own advantage, and not for the glory of God. And thus he is not a priest, but a profane person, whose prayers are turned into sin, nor does he ever appear in the presence of God, because God does not hear sinners.


Here you will ask, "If all who are in the Church are priests, by what character are those whom we now call priests to be distinguished from the laity? For Holy Scripture makes no distinction between them, except that those who are now boastfully called popes, bishops, and lords, it calls ministers, servants, and stewards, who are to serve the rest in the ministry of the word, for teaching the faith of Christ and the liberty of believers. For though it is true that we are all equally priests, yet we cannot, nor, if we could, ought we all to, minister and teach publicly.

Thus Paul says, "Let a man so account of us as of the ministers of Christ and stewards of the mysteries of God" I Cor. This bad system has now issued in such a pompous display of power and such a terrible tyranny that no earthly government can be compared to it, as if the laity were something else than Christians. Through this perversion of things it has happened that the knowledge of Christian grace, of faith, of liberty, and altogether of Christ, has utterly perished, and has been succeeded by an intolerable bondage to human works and law; and, according to the Lamentations of Jeremiah, we have become slaves of the vilest men on earth, who abuse our misery to all the disgraceful and ignominious purposes of their own will.

Let it suffice to say this concerning the inner man and its liberty, and concerning that righteousness of faith, which needs neither laws nor good work; nay, they are even hurtful to it, if any one pretends to be justified by them.

Telegrams of the Soul - Archipelago Books

And now let us turn to the other part: to the outward man. Here we shall give an answer to all those who, taking offense at the word of faith and at what I have asserted, say, "If faith does everything, and by itself suffices for justification, why then are good works commanded? Are we then to take our ease and do no works, content with faith? That would indeed really be the case, if we were thoroughly and completely inner and spiritual persons; but that will not happen until the last day, when the dead shall be raised.

As long as we live in the flesh, we are but beginning and making advances in that which shall be completed in a future life. On this account the Apostle calls that which we have in this life the first-fruits of the Spirit Rom. In future we shall have the tenths, and the fullness of the Spirit. To this part belongs the fact I have stated before: that the Christian is the servant of all and subject of all.

The Freest of Souls (Paperback)


Although, as I have said, inwardly, and according to the spirit, a man is amply enough justified by faith, having all that he requires to have, except that this very faith and abundance ought to increase from day to day, even till the future life, still he remains in this mortal life upon earth, in which it is necessary that he should rule his own body and have intercourse with men.

Here then works begin; here he must not take his ease; here he must give heed to exercise his body by fastings, watchings, labor, and other regular discipline, so that it may be subdued to the spirit, and obey and conform itself to the inner man and faith, and not rebel against them nor hinder them, as is its nature to do if it is not kept under. For the inner man, being conformed to God and created after the image of God through faith, rejoices and delights itself in Christ, in whom such blessings have been conferred on it, and hence has only this task before it: to serve God with joy and for nought in free love.

But in doing this he comes into collision with that contrary will in his own flesh, which is striving to serve the world and to see its own gratification. This the spirit of faith cannot and will not bear, but applies itself with cheerfulness and zeal to keep it down and restrain it, as Paul says, "I delight in the law of God after the inward man; but I see another law in my members, warring against the law of my mind and bringing me into captivity to the law of sin" Rom. For when the soul has been cleansed by faith and made to love God, it would have all things to be cleansed in like manner, and especially its own body, so that all things might unite with it in the love and praise of God.

Thus it comes that, from the requirements of his own body, a man cannot take his ease, but is compelled on its account to do many good works, that he many bring it into subjection. On this principle every man may easily instruct himself in what measure, and with what distinctions, he ought to chasten his own body. He will fast, watch, and labor, just as much as he see to suffice for keeping down the wantonness and concupiscence of the body. But those who pretend to be justified by works are looking, not to the mortification of their lusts, but only to the works themselves; thinking that, if they can accomplish as many works and as great ones as possible, as is well with the, and they are justified.

See the Drake-Tsahar partnership as a musical marriage made in heaven on the first CD and you won't be far wrong. Essentially what you hear is free jazz at its freest. The idea is to play until you can't play any more That doesn't mean that anything is perfunctory or histrionic either. Between them, the two have too many years of study and experience for that. 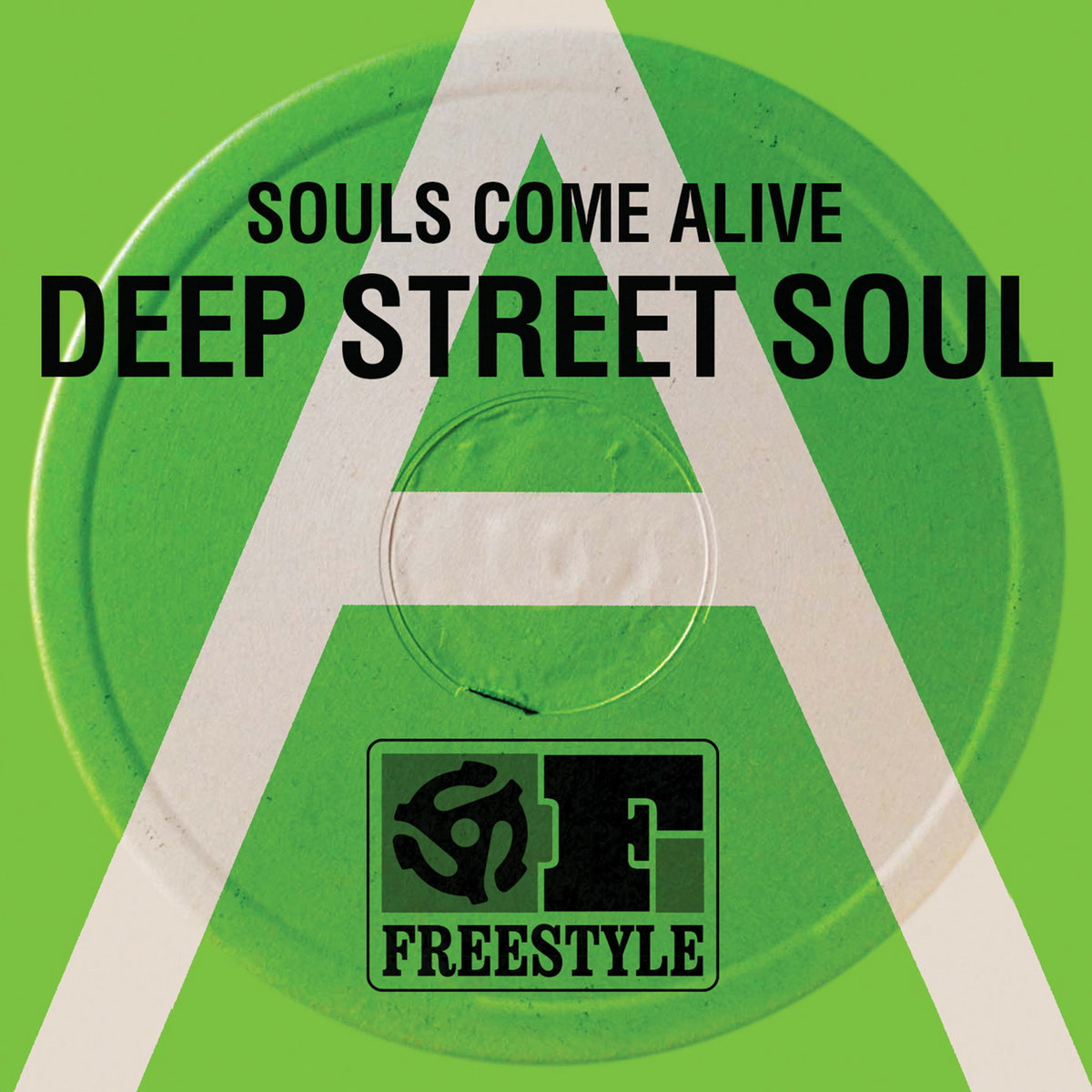 While the booklet notes talk about the musicians' ability to master hemiola -- playing three against two patterns -- and melodic and harmonic excursions on dominant and subordinate chords, the result isn't technical in the least. On tenor, Tsahar produces a compendium of energetic effects, from protracted sheets of sound, sardonic, sonic blasts, repeated freak notes and slashing tone runs whose closest antecedent was Albert Ayler's freaky circus band concept.

He will sometimes construct whole, protracted sections in altissimo and other times produce enough multiphonics to resemble a brace of saxophones. Everything here takes place at full throttle, with forward motion sometimes giving way to miniscule melodies that resemble Sonny Rollins' "East Broadway Run Down" or even "Listen to the Mockingbird". Some are like ripe fruits, warm with the waft of summer, swollen and sweet. Inspired by the prose poems of Charles Baudelaire and the Feuilleton — a light journalistic reflection of his day — Altenberg carved out a spare, strikingly modern aesthetic that speaks with an eerie prescience to our own impatient time.

In his small stories his whole life is mirrored.

Get e-book The Freest of Souls

Some [of Altenberg's pieces] are like steel projectiles, so tightly enclosed in themselves, so complete and precise in their form; and like projectiles, they pierce the breast; you are struck and you bleed. If it be permitted to speak of "love at first sound," then that's what I experienced in my first encounter with this poet of prose. Altenberg seems singular even when compared to his nearest literary kin: less austere and allegorical than Baudelaire, and more involved with society than Robert Walser, his short prose approaches form in ways that are uncannily relevant now.